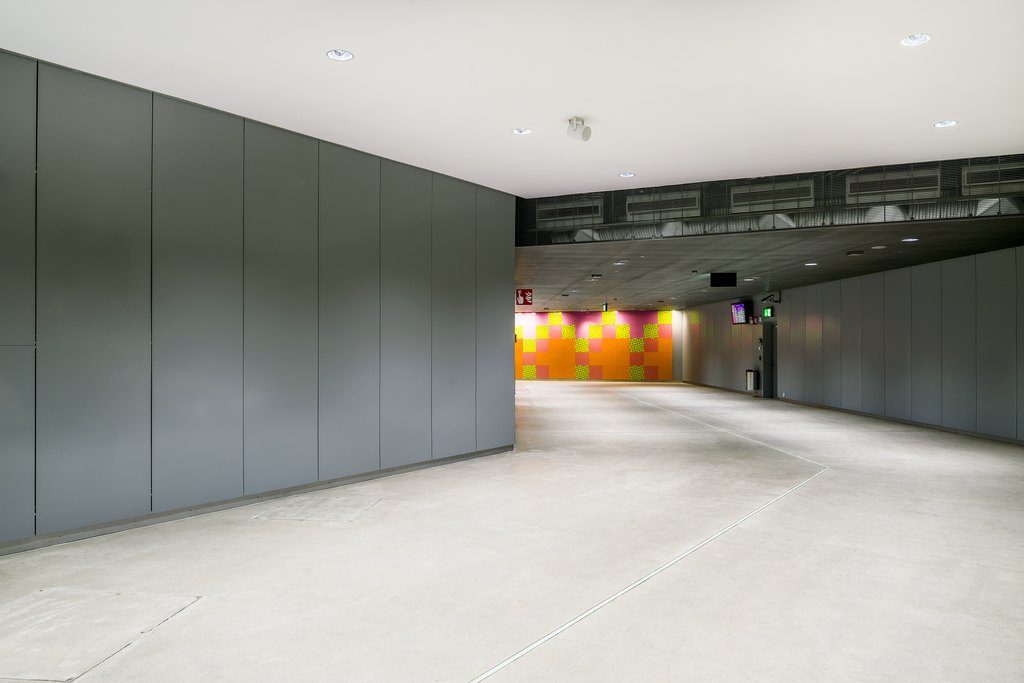 The extension of the Helsinki metropolitan subway system comprises of eight stations opened to passenger service in 2018. Each metro station is distinguished by reflecting the character of the over ground surrounding of the station. The Niittykumpu underground station was designed by the internationally recognized Finnish architects Arkkitehtitoimisto HKP. The architects wanted to create a metro station which was modern and welcoming with fresh color concepts, artistic walls and ceiling structures to convey a trustful and safe atmosphere.

The subway station has a strong and noticeable identity because of the impressive and colorful art by artist Mari Rantanen.  Illustrating the red rosebay willow herb and green grass, taking inspiration from the station name, which means meadow mound. fade® is proud to have supplied the Niittykumpu metro station with its fade® acoustic plaster Albus finish.

The fade® acoustic plaster Albus was installed by Acoustic Scandinavia 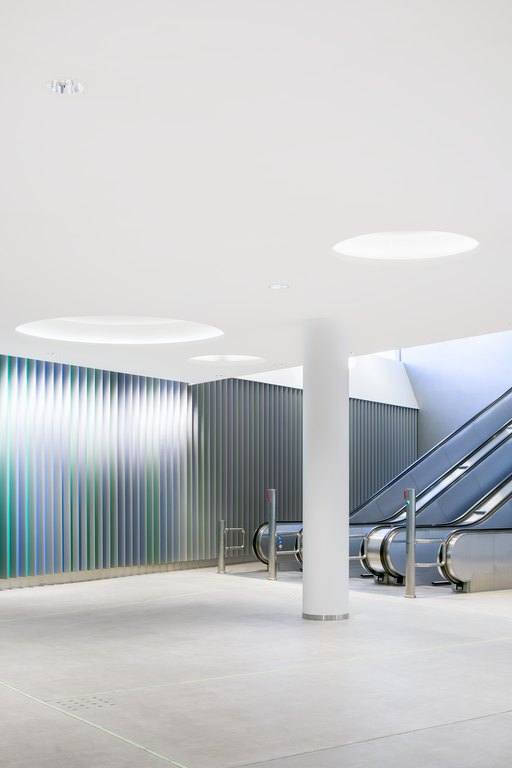